Trade Paperbacks and eBooks have been shipped to our kickstarter backers.

The eBook is available at Amazon, Barnes&Noble, and  Smashwords. It will soon be available on the Apple Store.

The print book is available directly, and shortly will be available at online retailers.

Otter Libris is announcing a new call for submission : Still On Patrol.

There is a tradition in the United States Navy that no submarine is ever truly lost at sea. Those boats and the crews who don’t return to port are considered “still on patrol” in perpetuity. Active duty sailors would never dream of leaving their still on patrol shipmates behind, so every year, usually at the Christmas holiday, sailors manning communications hubs ashore and at sea send out a message. They send holiday wishes for health and happiness to those they know will receive it, and the same wishes to those listed as still on patrol.
What if those submariners who never returned are still out there? What if it’s the energy of the yearly good wishes that keeps them going on their eternal patrol? And what if their eternal patrol protects the living against threats more otherworldly than mundane wars between nation states?
What about other military men and women, disappeared or lost at sea, in the air, or on land? Is there a Roman Legion still manning Hadrian’s Wall? Are there ghostly flight crews who herd hapless aircraft away from the Bermuda Triangle? Tell us stories about military men and women who continue to protect humanity long after they’ve taken their last breath. Tell us what happens when they take the oath to protect their people not just from threats foreign and domestic, but supernatural as well.

More Details can be found here. 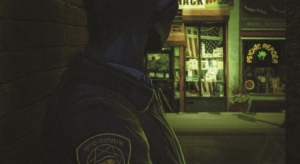 is now live on Kickstarter!

Cold cases, cold coffee, rushing into situations other people run from – being a cop is tough. But it gets even tougher when the particulars of the case don’t match up with the way the world is supposed to be. But some investigators take these paranormal speed bumps in stride. Your murder suspect is a dragon? Bring it on. Your evidence comes from a conference with the spirit world? No problem. Your kidnapping suspect is an undead creature sprung from Old World folklore? Okay, that might take the fortification of an extra cup of coffee and some back up.

18 urban fantasy stories about solving the case with a little magical help ready for your curious mind. Come along for the ride and enjoy the thrills of investigation. Remember, Quod Sequitor – Follow the Evidence.

We are very happy to announce that you can find links to purchase our new anthology EOM: Equal Opportunity Madness on our Finished Projects page.

We are very excited that our first Kickstarter funded tonight at 204%!